Bora Babić founded publishing house Akademska knjiga in Novi Sad in 2006 with the aim of publishing capital scholarly works of domestic and foreign authors who write in the areas of social
science and humanities, natural sciences as well as literature.

Bora Babić designed the profile and the concept of the publishing house together with the team of editors from different fields. Owing to the quality of published titles, Akademska knjiga has
become a recognizable publisher in the country and in the region in a short time.

The creative vision of Bora Babić, an editrix-in-chief and a directress of Akademska knjiga, is to publish capital works which broaden our knowledge and encourage critical thinking as well as to publish books which widen literary and artistic freedom. Those works are classified as cultural goods of Serbian people as well as of all other nations who understand the language in which books are published.

The Letter of Appreciation to Akademska knjiga for Outstanding Contribution to Development, Improvement and Affirmation of University in Novi Sad, 2015

The Award for the Best Scientific Work Hermeneutics as Politics by Stanley Rosen, The 61 st International Belgrade Book Fair, 2016

The Award for Scientific Contribution in the Field of Publishing, The Festival “Pazi šta čitaš”, Belgrade, 2017

The Award to Edition “Horizonti” for the Best Edition at the Book Fair “Trg od knjige”, Herceg Novi, 2017

The Award for the Publisher of the Year, 62 nd International Belgrade Book Fair, 2017

The Award for the Best Publisher, Book and Graphics Fair, Kragujevac, 2018

Bora Babić is one of the founders of the Association of Professional Publishers of Serbia. 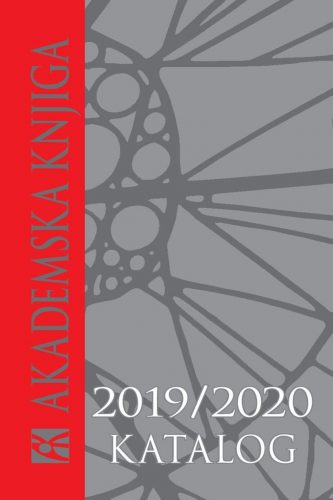